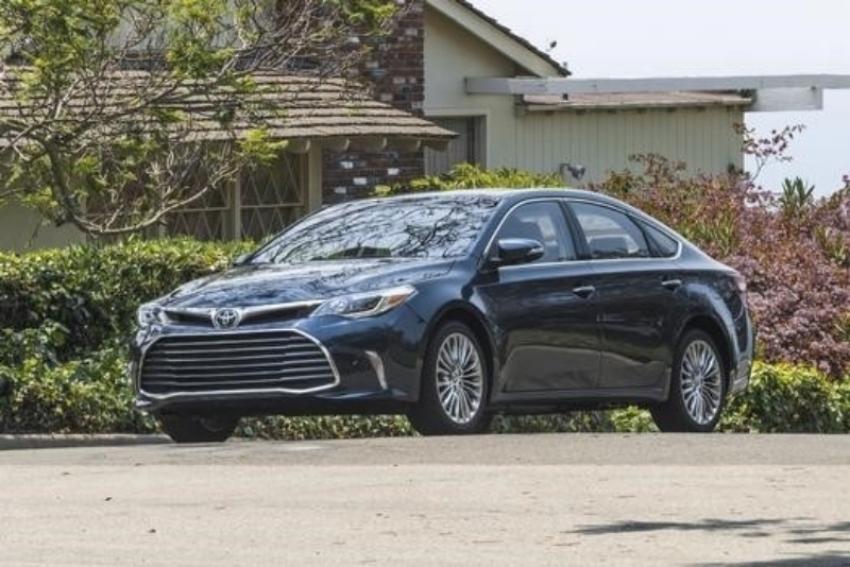 It’s the benchmark sedan car in Toyota’s lineup. The 2017 Toyota Avalon is the mainstream car with options and technology that rival luxury brands, yet without breaking the bank. For 2017, there are more standard features than ever before and ravishing looks that set the tone for the rest of the car. Learn more about the 2017 Toyota Avalon, now available at Pedersen Toyota in Fort Collins.

The Epitome of Toyota Style

From the outside in, the 2017 Toyota Avalon never ceases to amaze. Its road presence is intoxicating with a front visage that could be expected on a premium German sports sedan. A wide lower grille screams athleticism while subtle chrome trim adds elegance. Available LED headlights are a modern touch.

On the inside is where the Toyota Avalon truly shines. Eight different trim levels mean there’s one that fits virtually any lifestyle. Even the Avalon XLE is extremely well equipped including:

• Entune Audio Plus with Connected Navigation

For 2017, your choice of two evolutionary powertrains available. The standard gas engine is a 3.5-liter V6 with dual VVT-I that makes 268 horsepower and 248 lb.-ft. of torque. Combined with Toyota’s well-paired 6-speed automatic transmission, the V6 engine might surprise you in acceleration. Even with its 268-hp rating, the solely gas-powered Avalon achieves excellent fuel efficiency. Its EPA-rated fuel economy is 30 mpg highway and 21 mpg in the city, which is notable for a mid-size sedan.

Your other option is a hybrid powertrain. Toyota’s 2.5-liter Atkinson-cycle four-cylinder engine combined with a high-torque electric motor in their Hybrid Synergy Drive system. The 2017 Toyota Avalon Hybrid creates a combined 200 horsepower for performance you’ll love.

The Avalon Hybrid also offers regenerative braking to recover some lost energy as well as an EV Drive mode for short-distance electric-only driving at speeds under 20 mph.

When you’re shopping for a premium midsize sedan, the 2017 Toyota Avalon should be on your list. With eight different trim options that include both gas-powered and hybrid engines, there’s an Avalon that’s sure to fit your needs. In Fort Collins, your local Toyota dealer is Pedersen Toyota. Along with the 2017 Toyota Avalon in stock, you’ll find professional sales and expert advice for all your Toyota needs.